SC East Bengal continue to remain unbeaten against Kerala Blasters FC as Scott Neville saved the day for his team, scoring a header in the last minute of the game. 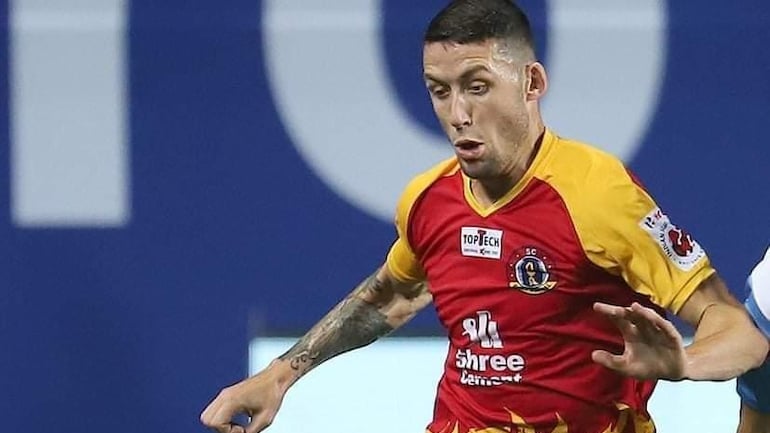 East Bengal’s unbeaten run against Kerala Blaster was at stake but Australian Scott Neville rose to the occasion and scored in injury-time to salvage a thrilling draw in Friday’s Indian Super League (ISL) match at the Tilak Maidan, Vasco.

A brilliant corner by Bright Enobakhare inside the Kerala Blasters box saw Scott Neville score comfortably to equalise and get his maiden ISL goal.

Scott Neville’s magical effort was good enough to cancel out Kerala’s Australian forward Jordan Murray’s 64th minute goal. The 25-year-old beat Rana Gharami in pace before finding the back of the net.

Earlier, Kerala Blasters registered the first shot of the match on target in the 6th minute after Jordan Murray latched on to a long diagonal ball forward and tested the goalkeeper with a powerful effort. The Kolkata giants retaliated with a shot of their own in the 11th minute through Harmanpreet Singh, whose attempt was saved by Albino Gomes.

Late in the second-half, SC East Bengal had a an opportunity to equalise in the 88th minute when an Ajay Chhetri’s free kick into a dangerous area needed a touch by Aaron Joshua Holloway, who couldn’t quite do the needful.

Aaron Joshua Hollowa then headed a cross from the left into the goalkeeper’s hands in injury time as SC East Bengal continued to push for a leveller. Their persistence was finally rewarded with virtually the last piece of action in the game. The equaliser came through Neville, who rose highest at the far post to head home a Bright Enobakhare corner and rescue a point for his team.

(With inpit from ISL)